Dealing with biting, itching and other unwanted pains in your garden 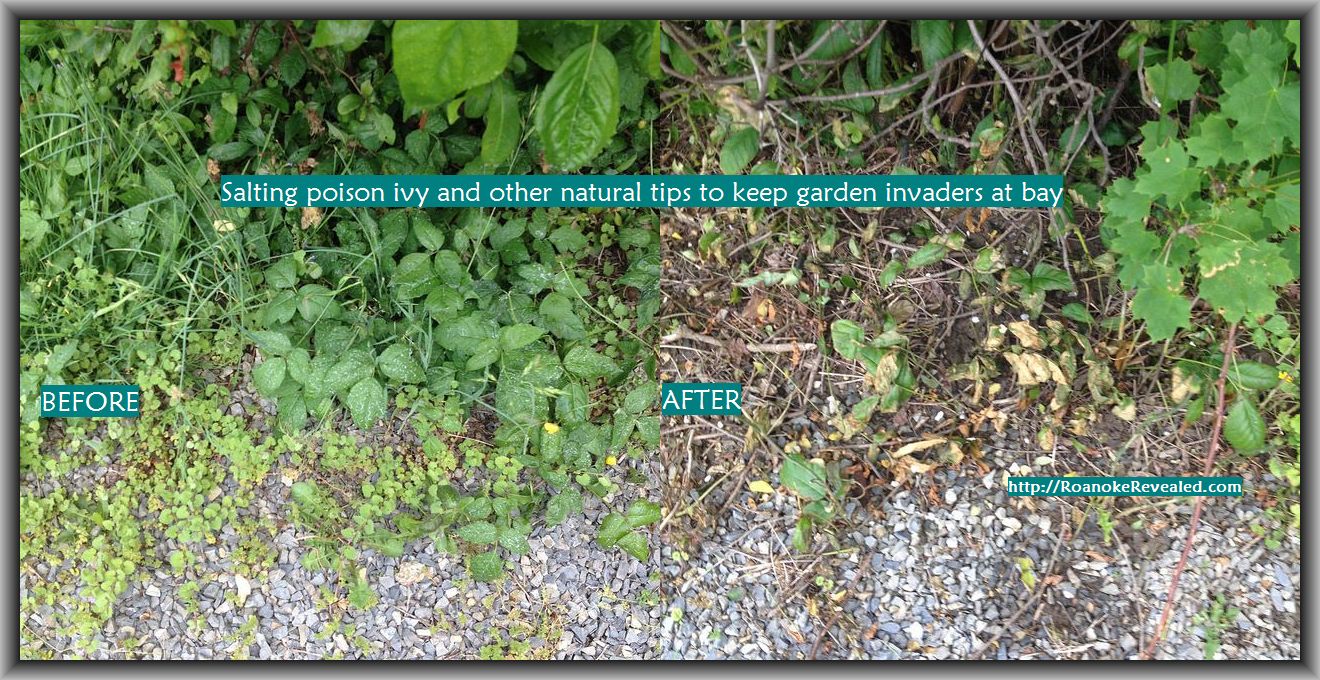 Dealing with biting, itching and other unwanted pains in your garden

On May 20, 2016, Posted by Nanette Levin , In DIY Friday, By chemical-free vegetable gardening,companion planting,Deterring deer,killing poison ivy,repelling mosquitos , With No Comments

Pesky garden invaders are an issue anywhere you live. Fortunately, managing some of these intruders can be an easy DIY project for just about anyone.

Interestingly, most of the problems I faced in Upstate New York rank tops in Roanoke too. They include poison ivy, mosquitos and deer.  So, solutions are borne from time-tested experiments. I found a tiny burdock this week – a menace I’m glad isn’t prevalent here as a deep-rooted and stubborn perennial challenge I never did quite conquer. That rounded out the top four.

Combatting intruders that interfere with peace, comfort and production in your garden need not be a tiresome battle or chemical quest. Consider some easier, safer ways to win the war against invaders.

If you’re not allergic to this plant, you’re lucky. Your side-business removing vines for people who are is looking lucrative. If you find yourself covered in itchy, maddening blotches as I did this past winter, I found a topical product that banishes poison ivy.

Know there is no dormant season for this menace, nor any part of the plant that doesn’t excrete irritating oils. So, don’t think you’re safe after the snow falls or if you only touch vines or roots. If you’re susceptible, you’ll get a reaction with any contact, any time.

Decades of neglect that came with a recent property purchase left monster vines interlaced around other plants, fences and other substantial objectives.

I’m too allergic to remove vines even with gloves and long sleeves. Plus, some of the plants encircled were worth trying to keep. Chemicals were not an option, particularly given the limited acreage here with edible plantings in close proximity.

So, I decided to try salt (worked with burdocks). Since this is a climbing plant, dumping rock salt on bud starts wasn’t a solution. Surprisingly, table salt in a spray bottle seems to be working. With such a method, I can target delivery to only unwanted leaves. It will be interesting to see if vine and root absorption end plant life.

Many plants are great at combatting mosquitoes. I’m already growing herbs for my culinary enjoyment, so stuck with mostly favorites to eat to repel the blood-suckers. You can customize planters with a repellant only intent if cooking doesn’t excite you.

Lavender, basil and marigolds (which double as great tomato companion plants) serve as my primary chasers. Catnip, peppermint and citrosum (this “mosquito plant” is not as effective as others) work too. Burning sage and rosemary is also an effective deterrent, but you need to be close to the smoke.

Standing water provides a relished breeding ground, so if you can reduce the population by not providing this, that’s a better approach. Sometimes you can’t if low ground surrounds you.

The deer haven’t been victorious, but neither have I. During December, when I started planting (garlic), it was easy to redirect foraging habits by simply inviting my dog into the garden area.

At my New York farm, a dog was enough to keep the deer away from vegetable plants all season. That was a much bigger piece of land, Gatsby was genetically wired to be a farm dog and he policed the property off leash – choosing to be outside most of the time.

In Roanoke, as spring produce harvesting neared, the deer shifted from daytime adjacent property strolls to nighttime garden raids. With a smaller property and tamer deer, Remi’s (my not so natural predator protector) scent didn’t do it without real time patrol support.

I’ve been able to mostly direct deer around the perimeter of the property with favorites, but haven’t found a way to protect everything. I’m testing deterrent plants including placing herbs such as peppermint, thyme, oregano, dill and chives where deer are voracious, particularly with peas, strawberries and swish chard. No doubt deer will eat all my tomato flowers if I don’t get a handle on this before they bloom so I’m motived to find a fix.

Chives and mint are good companions for peas. Thyme is a good companion for strawberries. I’ve also started growing black-eyed Susan’s to try to push deer away from new plantings.

If this isn’t effective, I may try a motion activated sprayer (which should be effective with other varmints too) or ultrasonic devices. Hopefully it won’t come to that, but I’ve learned how disappointing it is to pamper a crop along then watch deer annihilate it just as your mouth starts to water with anticipation.

I’ve tried fencing (it doesn’t work) but refuse to spray chemicals. Natural is starting to work but needs some tweaks.