Tecnu – What is it Wednesday? 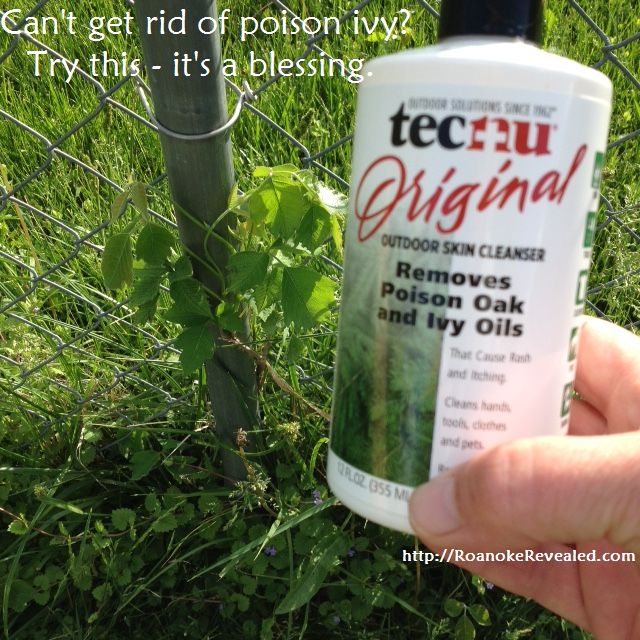 Tecnu – What is it Wednesday?

On May 4, 2016, Posted by Nanette Levin , In What is it Wednesday, By poisen ivy remedy,what poisen ivy vines look like , With 6 Comments

This is an amazingly effective poison ivy remedy that doesn’t just stop the itching (none of the others that claim to do for me anyway), but also makes it go away.

Last December, I decided to tackle clearing a fence line wrapped in decades of vines. It was a monster project that required sawing, cutting and pulling in ways that had me exposed fully to what I tangled with. There were no leaves this late in the season. I made the bad assumption I was working with grape vines.

Now I know what bare poison ivy vines look like.

If you find yourself wondering about what you’re about to dig into off-season, poison ivy has a hairy look to it. There’s the main trunk and off this are thousands of short, brown, thin extensions. Handle with care if you’re remotely allergic as oils remain in the vines, roots and any other part of the plant you touch even when they look dormant.

Come Christmas I was a miserable mess. It was all over my face, waist, neck, arms and hands. The only way I could get relief was the absolute worst idea if you’re trying to keep it at bay – hot showers. I did it anyway for temporary breaks from the awful itching.

My sister suggested Tecnu as a remedy that had worked for her boys. Instructions recommend applying the product within two hours of exposure (I had been madly itching for weeks by now so was well past that point). Even the remote possibility of relief, though, had me willing to douse myself in just about anything.

Amazingly, within days, the itching had subsided and rash areas were shrinking. I went on to soak my clothes in the stuff (laundering alone does not remove poison ivy oils from clothing) and treat all my tools.

Now that spring has arrived, I’m trying a salt water spray on any remaining poison ivy leaves I can find. Not sure if it will work, but figure it’s worth a shot. Stay tuned for the success report on that project (featured in a future Tuesday or Friday post).

If you have poison ivy around your yard, hopefully it hasn’t been neglected to the point of the monster vines wrapped around immovable objects I faced. Frankly, if I had known it was poison ivy, I wouldn’t have touched it but am so glad it’s (mostly) gone. So, I get how you can find yourself suffering from unexpected exposure. Forget the pink stuff and other remedies. This is the only product I’ve found that works.

Note: There is an affiliate link in this post to illustrate the product and pricing but if you’re looking to meet that $49 threshold, this is a good one to add to your cart (makes a great gift too). Of course, I’d appreciate the support too.