What is it Wednesday? Wheatgrass 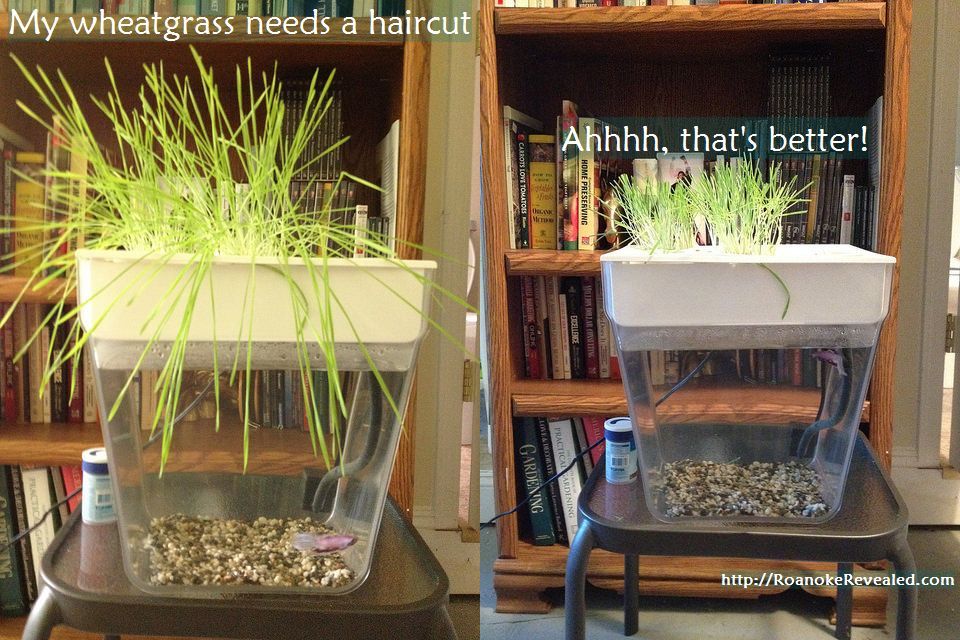 What is it Wednesday? Wheatgrass

Honestly, I had to look this one up. Since I’m not a juicer, it wasn’t a food choice I was familiar with. Now that I’m growing it, it seemed like an apt time to understand what all the fuss is about.

According to the Mayo Clinic, “Wheatgrass provides a concentrated amount of nutrients, including iron; calcium; magnesium; amino acids; chlorophyll; and vitamins A, C and E.” They also warn, though, that the miracle cures so many have touted have no scientific backing and caution there may be ill effects (and, surprise, advise you to talk to your doctor if you have certain allergies or intolerances).

According to Wikipedia, Ann Wigmore, founder of the Hippocrates Health Institute, which she started in 1968, helped popularize wheatgrass as part of a raw food diet to “cleanse the body of toxins while providing a proper balance of nutrients as a whole food.” There’s a current website for the Hippocrates Health Institute, now run by Dr. Brian Clement, who took over sometime after her death in 1994.

Why did I start growing wheatgrass? The short story is, I watched the AquaFarm (now called the Water Garden – guessing trademark infringement) idea being launched in late 2013 and wanted to see what these guys did to design an easy, portable, closed-loop system (thinking at the time I’d mimic their design for a larger DIY project). It sat in the original box for a couple of years as life plans morphed into unexpected transitions.

Basically, the AquaFarm uses a Betta fish to supply the nutrients for plants housed above it, that, in turn, keep the water clean by filtering as a small pump moves the fish tank water up to the plant roots. It’s pretty cool.

Recently, I decided to open this purchase up to play. Wheatgrass was their primary suggested (and included) starter crop because it grows really fast (it does – even with aged seeds – I used the ones included in the original product package). My other crop in this system (besides wheatgrass) is basil, which is already growing faster and healthier than any of my other seeds starts this year in containers or direct sow to ground. I’ll experiment with different seed starts as I get more familiar with this tool. My guess is it will allow for some surprising, tasty results during winter months.

Anyway, getting back to wheatgrass, I’ve now tried it (fresh picked). It doesn’t have much flavor, so, given the nutrient-rich qualities (that can be demonstrated scientifically), I’ll probably start chopping it up to add to salads and eggs for the health benefits. You can find a comprehensive post on wheat grass here.

There are a couple of affiliate links to Amazon in this article, so if you click on them and buy, I might add some cents to my account and will be very grateful for your kind support of this free resource.